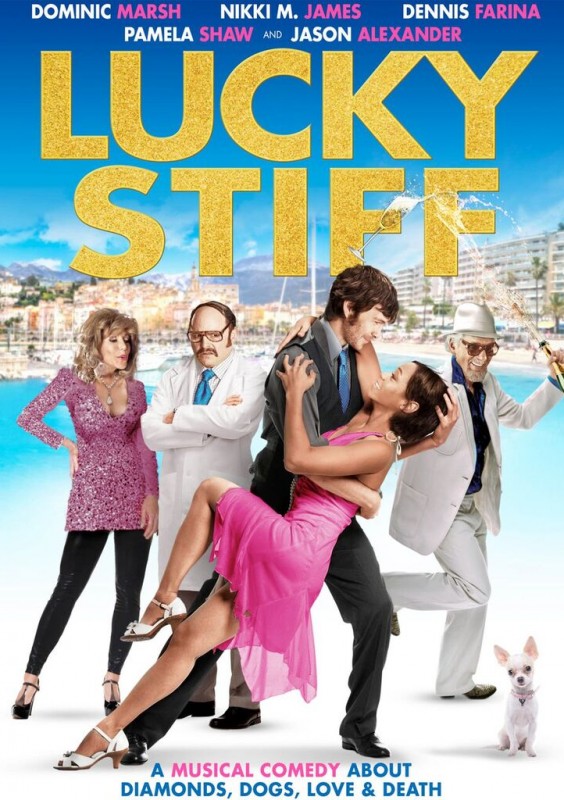 Out Now To Own

Harry Witherspoon (Dominic Marsh) is stunned to find that he's inherited $6 million from a distant uncle - but there's a catch: he's got to bring his uncle's corpse to Monte Carlo for one last hurrah if he wants the cash.
As Harry races from casino to nightclub to beach to bedroom with his dead uncle, he is chased by a desperate optometrist (Jason Alexander), his controlling, trigger-happy sister (Pamela Shaw), a greedy French singer, a mysterious Italian playboy as well as a young woman from Brooklyn, dead set on getting that money.
Guns go off, disguises go on, champagne corks pop, nightmares come to life, romance blossoms, dogs bark, and everyone sings! It’s a zany, bubbly, colourful and fast-paced musical with a very happy ending.

We use cookies to ensure that we give you the best experience on our website. If you continue to use this site we will assume that you are happy with it.Ok